On the 12th of December 2018 a new religious association was established – the Council of Lithuanian Muslim Religious Communities Muftiate (LMRBT-Muftiate). 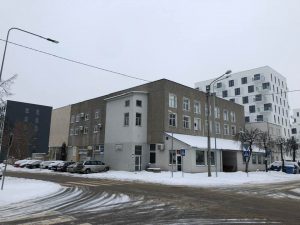 On the 26th of March 2019, Council of the Lithuanian Muslims Religious Communities – Muftiate was registered in the Register of Legal Entities of the Republic of Lithuania.

At this point of time, when the Lithuanian Muslim community has been experiencing internal disagreements and disputes between its member, as well as facing other problems such as ineffective governance of various matters, national or political affairs mixed with the religious needs of members of the communities, we BELIEVE, In-sha Allah, the establishment of this new association will help to MOBILIZE and UNITE Sunni Muslims living in Lithuania. One of the MAIN GOALS of the Council of Lithuanian Muslims Religious Communities – Muftiate is to ensure that all its members are free to nurture their Muslim Sunni religious traditions in communities, regardless of its members’ racial or ethnic origin, citizenship or political guidelines. 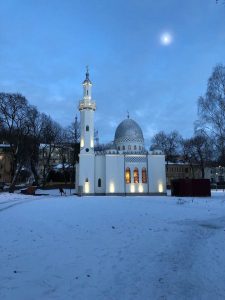 Other  tasks of LMRBT-Muftiate are as follow: representing the public interests of religious communities belonging to this Muftiate in Lithuania and abroad; co-operating on religious issues with state institutions of foreign Islamic affairs or international Islamic organizations.

The Lithuanian Muslims community is small. According to the 2011 Lithuanian Population Census statistics there are about 3 thousand muslims living in Lithuania. Most of them visit the community centers of Vilnius and Kaunas, where daily prayers and educational activities take place, so the LMRBT-Muftiate also takes care of the organization of Islamic religious ceremonies, the teaching of religion and the dissemination of information about Islam and the fulfillment of other tasks to satisfy the needs of LMRBT-Muftiate religious community members.

The Council of Lithuanian Muslims Religious Communities – Muftiate is governed by the Assembly and the Board of its Religious Committee, chaired by the Mufti. Currently, LMRBT-Muftiate Chairman of the Board-Mufti is Aleksandras Beganskas.

A brief biography of Mufti 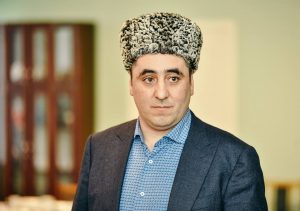 Religious education: grew up in a religious family, as he says himself:

“My grandparents were educated Tatars and Muslims, both were able to read Holy Quran in Arabic. My grandmother wrote letters to Polish relatives living in Poland, but letters were written in Arabic. All of my ancestral names were Muslim. I inherited the ancient Holy Quran, chameleus (imam’s ancient notebooks) and Arabic reading alphabet. As a 11 year old I began to be interested in Islamic religion according to the Muslim Sunni tradition and started to learn independently. During the summer, when I was 13, I went to Ivjė (Ivje), a Belarusian Tatar village, and learned to read The Holy Quran from a local imam. Later I studied and sought theological knowledge in Vilnius, from local imam M. Chalecka, and imam from Turkey R. Kurmac.”

A. Beganskas has a university degree in law in Turkey (Ankara). Has good authority among Muslims.

Religious practice: Chairman of Vilnius Muslim Sunni Community, one of the founders and director of Vilnius Islamic Center (Public Institution Islamic Culture and Education Center), Nemėžio village communities are taken from 2014, who every Friday reads Hudbah in the Nemėžis Mosque, Visaginas Tatar community, where he has the opportunity to communicate with community in the Tatar language, and in Alytus.

International activities: established cooperation with DIYANET (the Department of Religious Affairs of the Republic of Turkey) and TIKA (Turkish Cooperation and Development Agency), participates in various seminars.

Congratulations to Mufti and wish him productive work for the Lithuanian Muslims.

Information for press release
By @islamasvisiems.lt