If you didn’t know it was there, you’d never find it.

The old dirt path that crosses the railway track leads to a blue heritage sign that only says “50m” and has an arrow underneath pointing left. Seemingly towards just a load of trees. There is no other writing. 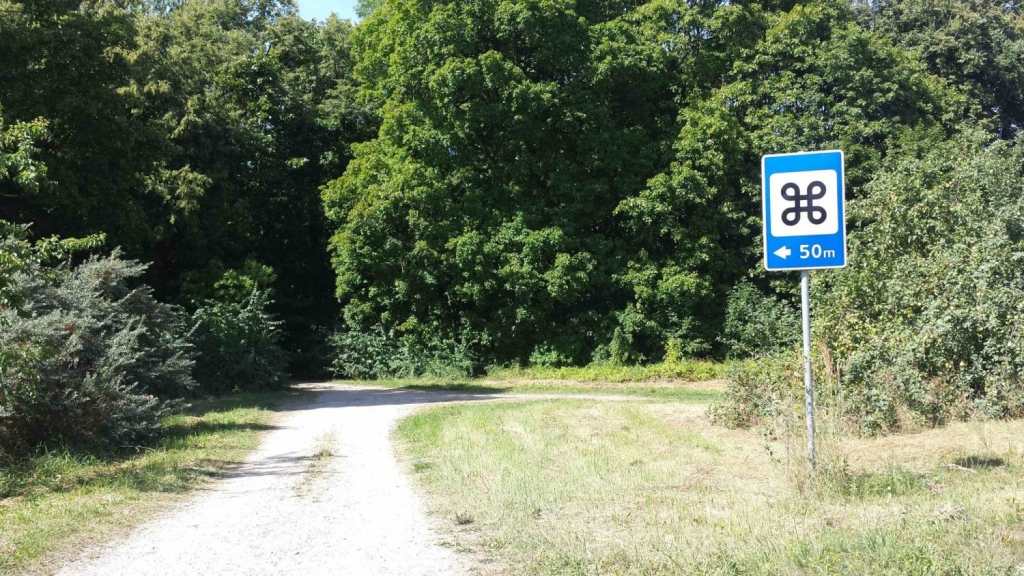 Passengers standing on the platform at Kedainiai train station can’t see it either because the overgrown woodland, neglected for decades, now blocks their view. 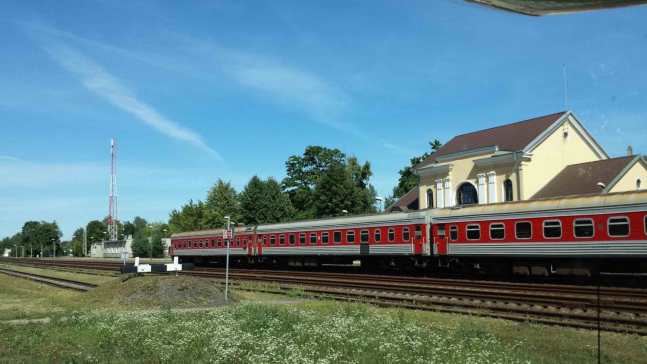 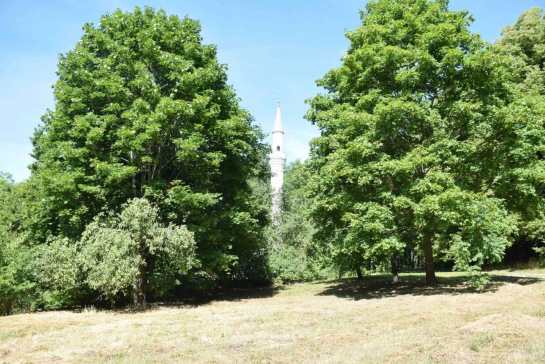 “It was built by a general as a mosque for his beloved wife. She was Muslim and he wanted her to have somewhere to pray, so he built this with a mosque underneath for her to pray in,” explained Edward Shevchenko, holding the hand of his own wife, Victoria. 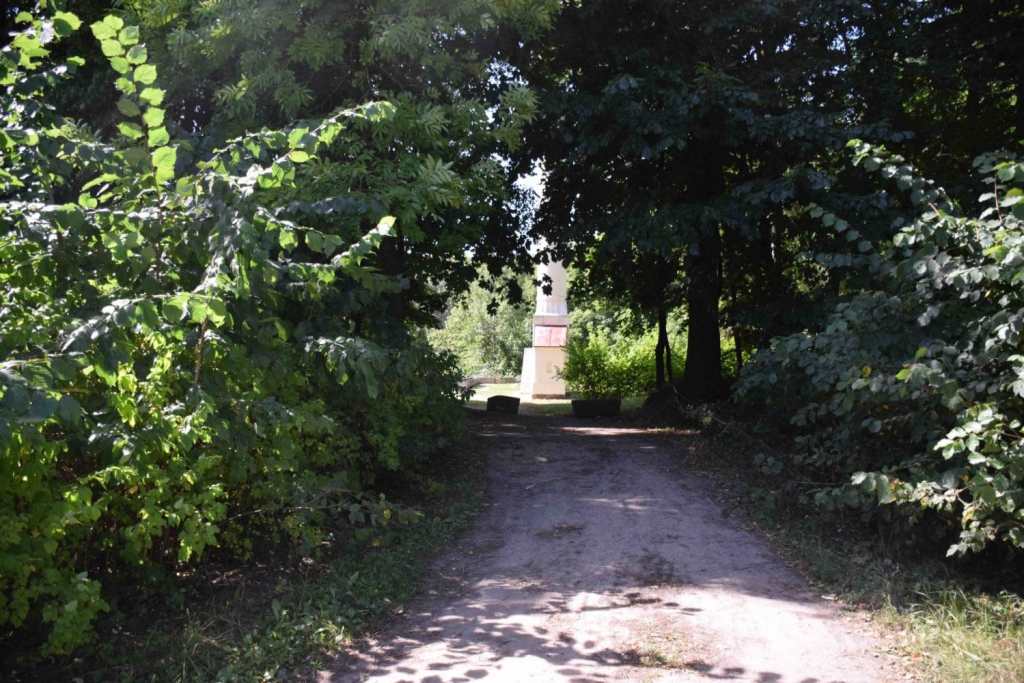 They had both look as surprised to see me as I had been to see them when I first broke through the thicket of trees and bushes. We now stood together staring at the beautiful white, pencil-like minaret, topped with a reddish cone. 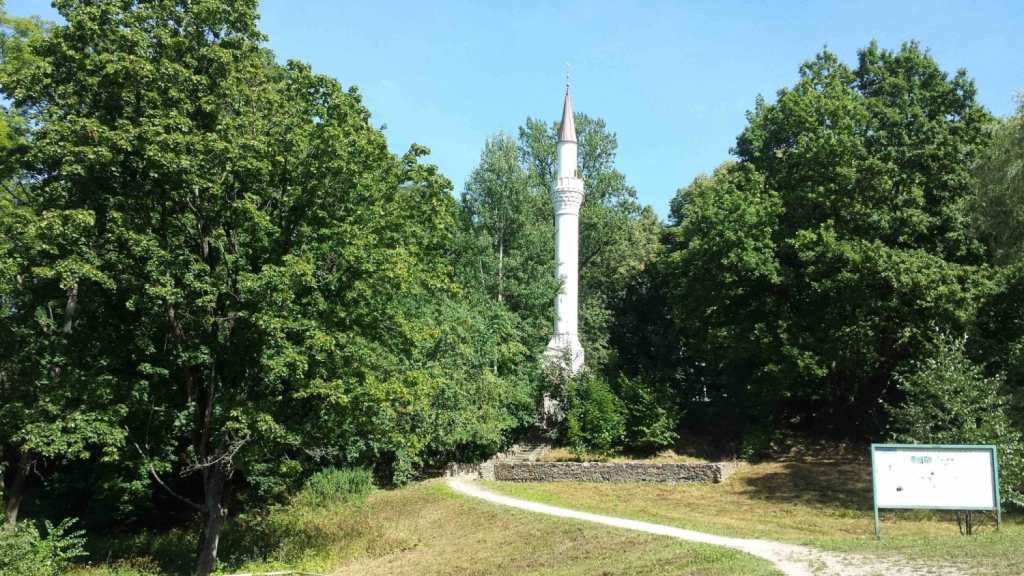 At the bottom there were only the remains of a structure; a doorway that led nowhere and a small exposed stairwell. 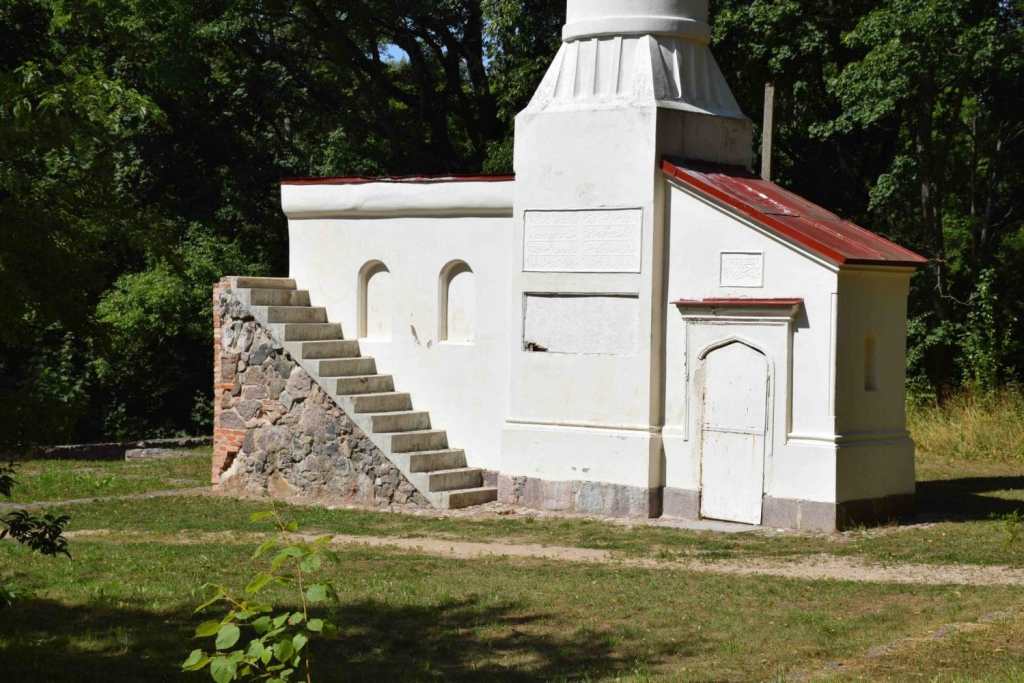 Two sets of Arabic inscriptions were the only other clues. 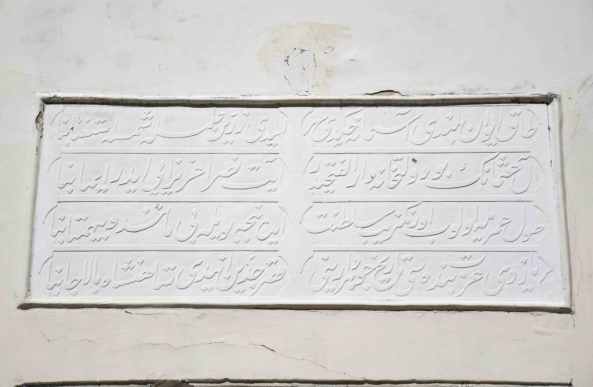 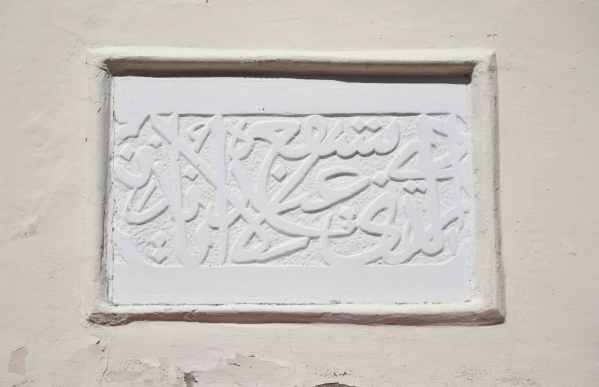 I had come in search of the minaret’s romantic story, but in Edward, who had grown up in Kedainiai, I had stumbled upon an even more beautiful one. This was his first day back after a 30 year absence. “In my memories everybody called it ‘Turkish Tower’. People in my childhood said it was built by the owner of the land around, a Baltic German military engineer called Eduard Totleben who was in military service as the Russian Imperial Army General.”

“After the Crimean War he was honoured by the Russian Commander with this land where he built a beautiful residence with a park.” 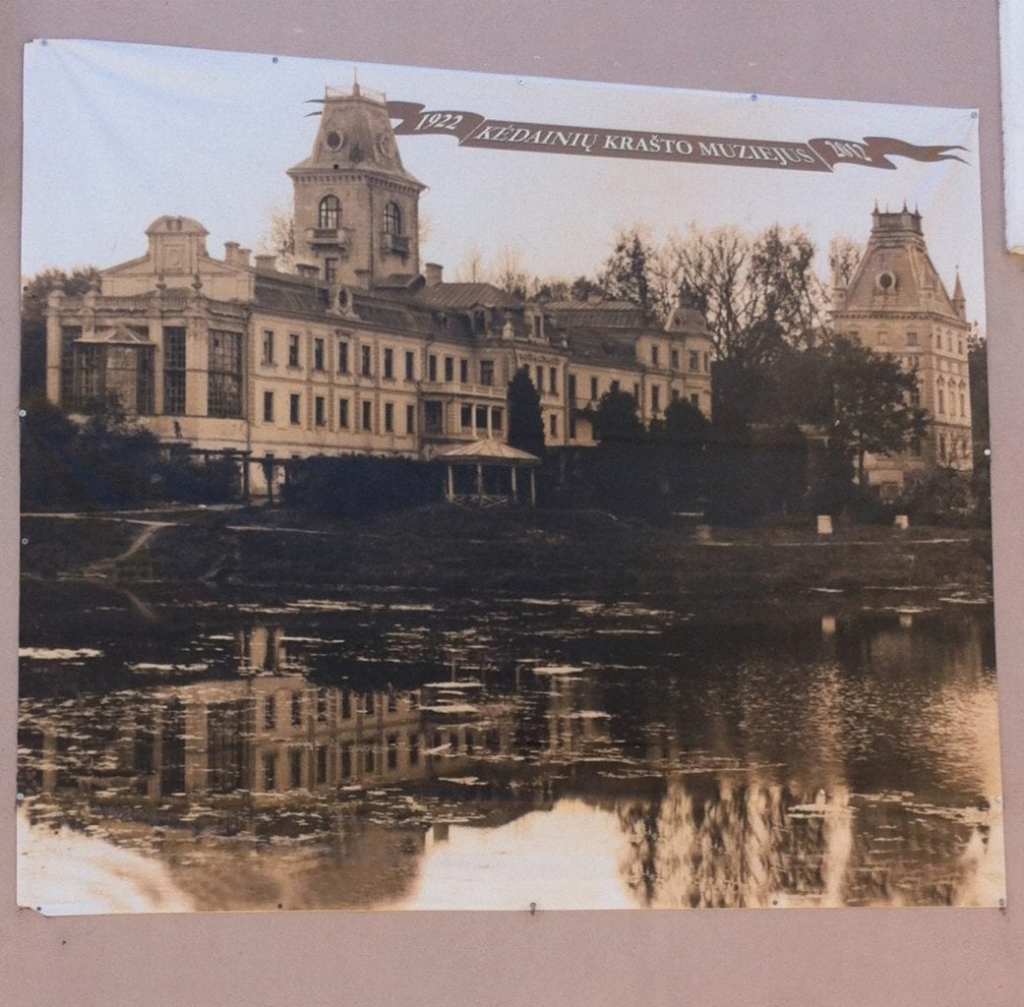 The Crimean War had been fought by the Russians against the ailing Ottoman Empire and its allies, the United Kingdom, France and Sardinia. Ironically, Totleben’s wife had been Turkish, and the design of the minaret was distinctly Ottoman. 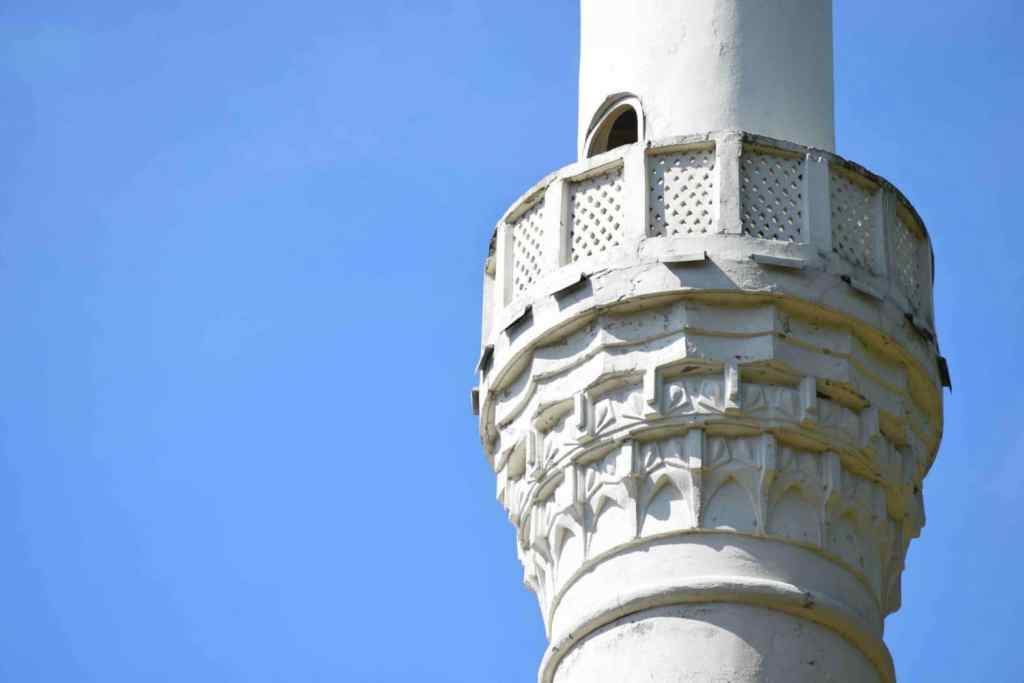 The minaret’s purpose had long been forgotten during Edward’s childhood, but along with his friends, he had found other uses for it, creating fond memories that he was now reliving with me. “The minaret was in a very bad condition when we were children. The door was always open and we often raced up the stairs to the balcony. In the 1970s there were also two small houses near the minaret and I remember that people lived there with a small farm. Now only the stone basements (foundations) are in this place.” 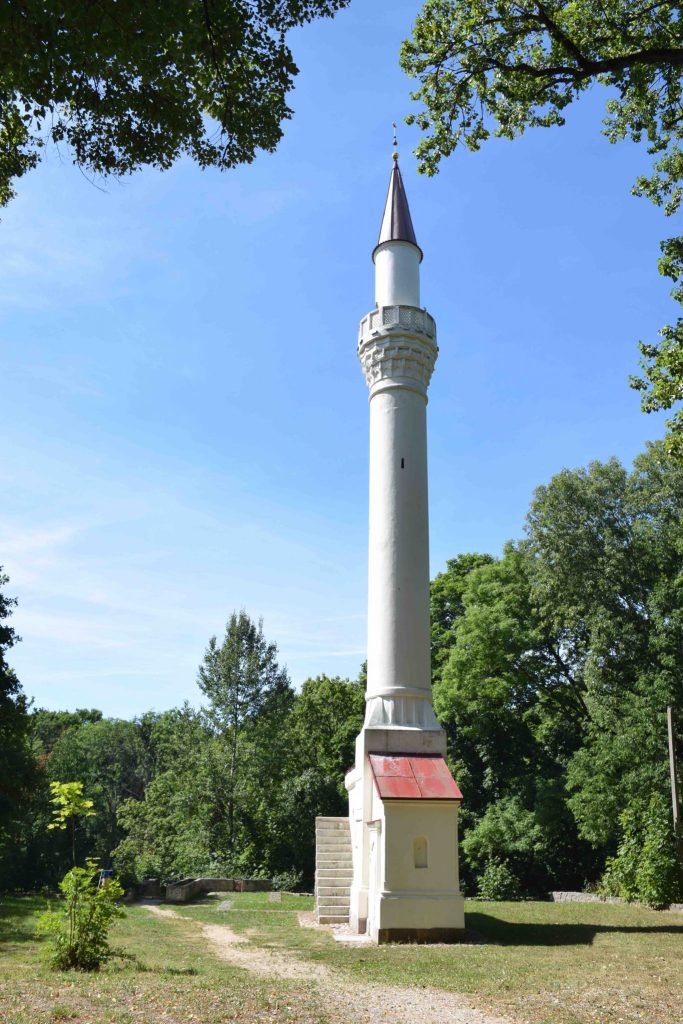 “I lived in Kedainiai for 19 years. I was brought there by my parents at nine months old. Our story is a very typical story for Kedainiai because this was a place with several Soviet military units and my father was a military pilot…I am so happy to visit my second and ‘real’ Motherland after 30 years. Believe me it is so emotional …”

Edward paused. We were all standing on a little bridge now, a few hundred yards from the minaret which looked brilliantly white in the August sun. There was a lovely silence in the air; only the sound of the gently flowing stream beneath our feet could be heard. “There have been many tears,” said Victoria softly as she squeezed her husband’s hand. 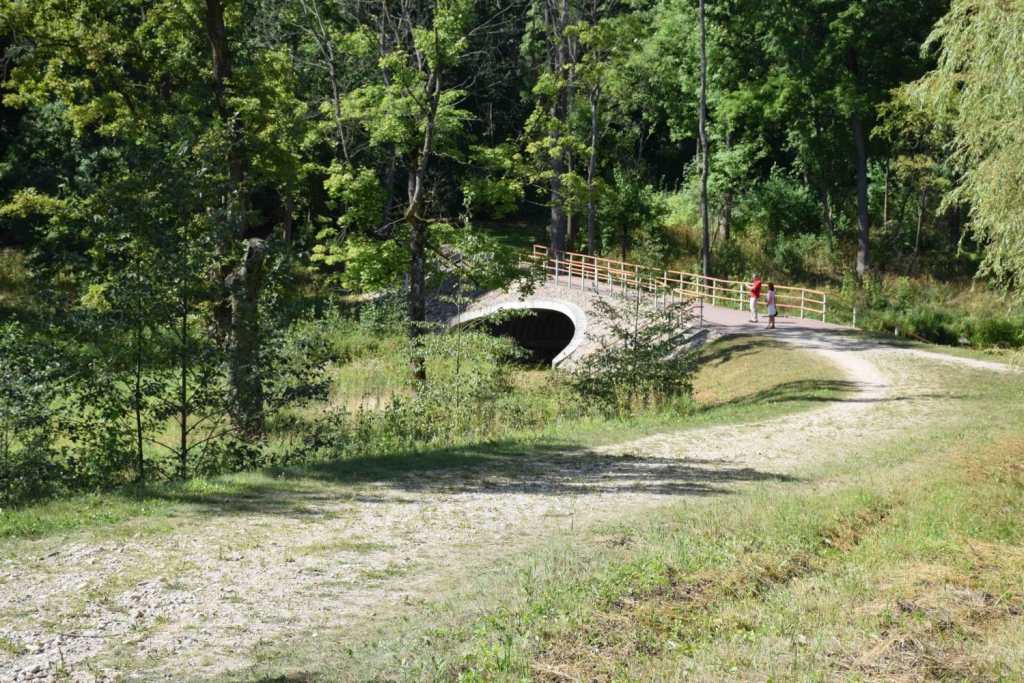 “The tears came because I have seen again, all these places which all are in my memory and appear to me in my dreams so many times. Feelings have flooded back to me of being 19 again. I have opened these old pages to myself and the pictures in this book of my life are still full of colours.” It might have been his third or even fourth language, yet Edward’s words were very touching. “It is hard to explain how deep they penetrate my heart.” 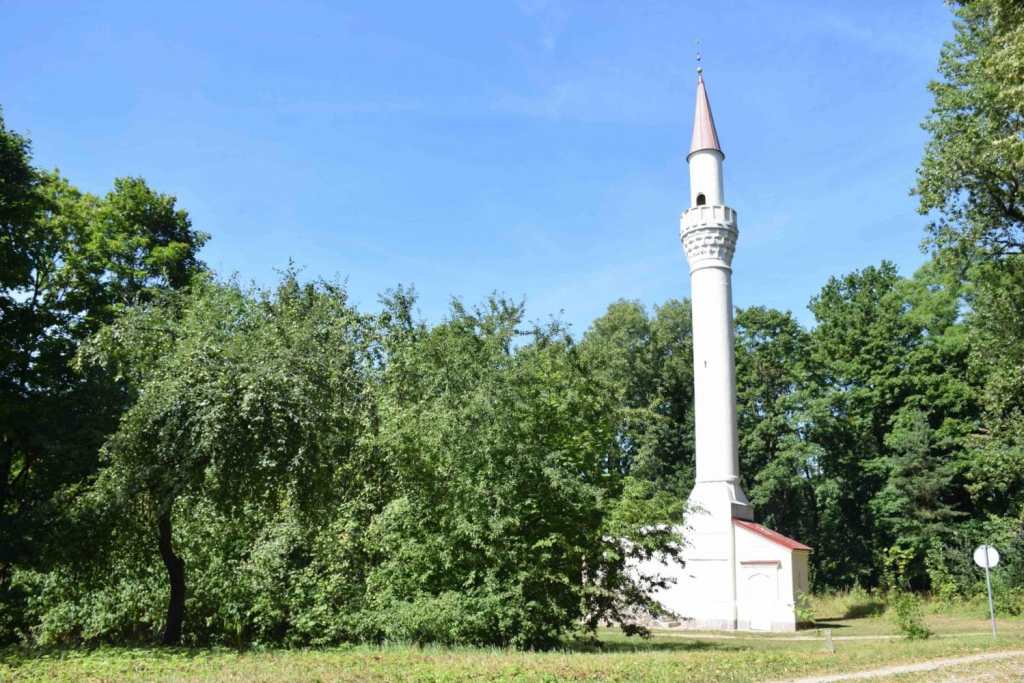 Edward later wrote to me to tell me he had found other versions of how the minaret came about but we both agreed we didn’t like them as much as this one. “To be honest”, he had wrote, “the first one is so romantic!” I couldn’t have agreed more.